TV5MONDE is an international francophone television network headquartered in Paris. It broadcasts in over 200 countries and territories, providing its programming 24/7 to 257 million connected households as well as 25,000 hotels. TV5MONDE consists in 10 distinct channels : 8 non-specialized channels for each region (United States, Latin America, Africa, Middle-East & North Africa, Europe, France & Belgium, Switzerland, Asia and the Pacific), in addition to TiVi5 in the United States and in Africa.

The group’s channel “TV5MONDE Afrique”, broadcast across 50 African countries, has been wildly successful ever since its launch in 1992. Such success, however, was not reflected in in the digital offer of the channel, which strongly needed optimization. Furthermore, given the fast-growing population of the African continent, launching a digital offering dedicated to Africa was a major strategic move for TV5MONDE. As such, it became one of the group’s priorities. 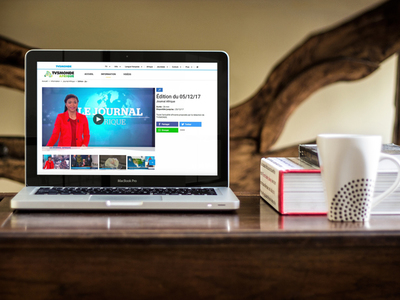 FROM UX TO DEVELOPMENT TO API IMPLEMENTATION

Clever Age was involved in the project from the early stage of UX design. Through several functional workshops, we identified a set of user personas (fictional individuals representing the website’s potential users). The screens were then designed to best suit the needs and interests of each of these personas. Our design team (Clever Garden) then made several graphic proposals to help the client to envision the future design of their website.

The majority of users on the African continent consumes web content via their smartphones, with limited network coverage. Hence our focus on responsive web design and web performance.

The website was built using CMS Drupal 8. We integrated several features such as massive, regular content imports, including :

An API was also created to display content on the mobile app. 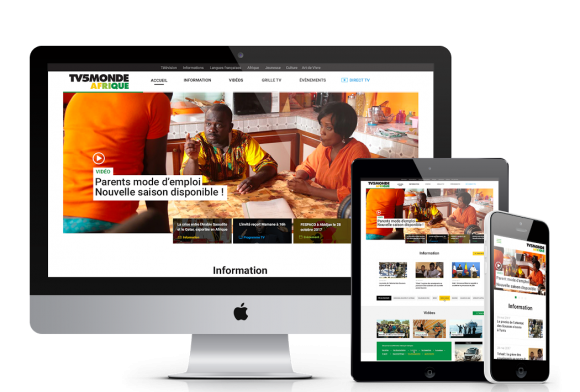 The collaboration between TV5MONDE and Clever Age is going on and new features will be added to the website, such as a TV programs schedule, a live TV page and an Events section.